Art, Brought to You by Pepsi 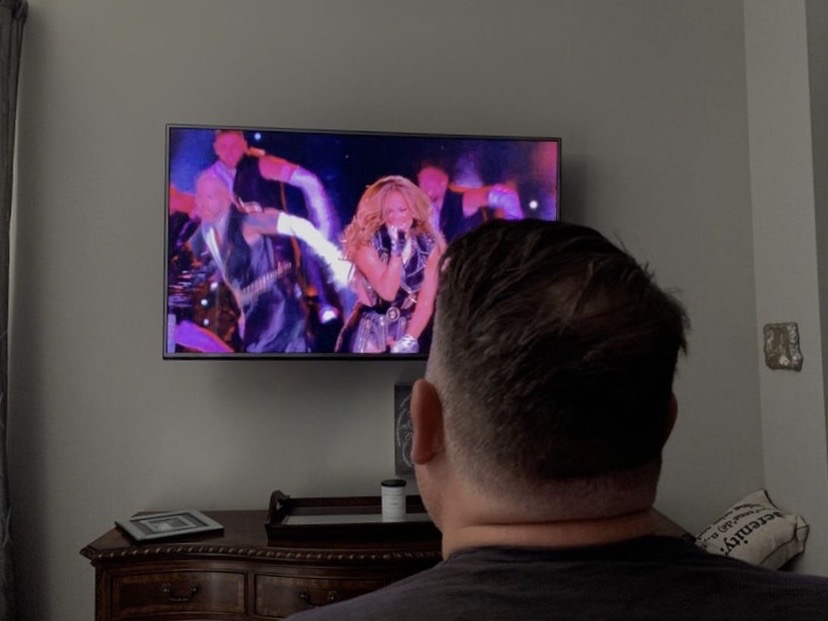 I have heard a downright astounding amount of people have opinions on this year’s Super Bowl halftime show, and I must say, I truly don’t get it.

Was it inspiring to see women so fit at an age where most people have long lost their fit physique, or was it disgusting to see a woman dance on a metal rod while her bodily curves were visible? I hope for your sake, it was neither. If you are either 1) sweating your skin off on a treadmill, picture of Jennifer Lopez in your hand, internally chanting “I wanna be like J-Lo, I wanna be like J-Lo” or you 2) are fuming because “think of the children!”, I think you reacted incorrectly.

In all honesty, when the halftime show abruptly started after a series of painfully gaudy commercials, I thought I was about to watch a commercial for Pepsi. It took me a while to realize it, but even though it was a musical performance that vaguely supported cultural tolerance and Puerto Rican statehood, I was still watching a commercial for Pepsi.

By starting this hollow, frivolous debate on what should and shouldn’t be allowed to happen during a halftime show, Pepsi’s 15-minute ad continues to go viral, bringing more subconscious attention to their product. So thank you PTA moms of the world–I’m sure the marginal boost in sales put a smile on the face of those peddlers of that sweet, sweet sugar elixir.

Need I remind you that less than 20 years ago, that Justin Timberlake made Janet Jackson’s breast fall out in the middle of their act. This was pretty tame. Shakira and Jennifer Lopez are just super fit and naturally want to show off the fruits of their exercise. It’s embedded into their artistic identity, so it’s kind of unreasonable to be outraged about it now that they did it during the football game we like.

Honestly, the people I’m most disappointed in Pepsi. You don’t have to march out two gorgeous, half-naked, 50-year-old Latina women to get my attention. I love you Pepsi, I always have. From when I was a bright-eyed preschooler, to a yellow-toothed teenager, I’ve always loved you. I’ve completely ruined my relationship with my dentist just to be with you because you’ve always brought me the satisfaction that Coca Cola could never. You didn’t need to parade a couple of big name artists in front of me to keep me coming back to you.

Shakira, the artist heavily featured in the soundtrack to Disney’s Zootopia wasn’t chosen because she’s scandalous, or sexual, or even because she was fit, after all, last year we had Adam Levine and Big Boi. She was chosen because she’s an incredibly safe bet and she’s very popular, that’s it. This viral marketing scheme of making people angry is an unintended byproduct caused by arbitrary midwestern sensibilities, rather than a decision made by Pepsi’s board of trustees and Jennifer Lopez.

So next year, let’s not talk about the halftime show at all because it’s an ad, and whenever we get those on YouTube we feel unbridled rage, yet whenever our favorite players are interrupted by them, we rejoice in song and dance for some reason. The halftime show, much like the beads of rain that race down a car window in the spring, is momentarily entertaining, but ultimately meaningless and out of your hands, so giving it much thought after the fact, and then sharing your thoughts out loud is ultimately a waste of everyone’s valuable time. Thank you for wasting your valuable time reading this.