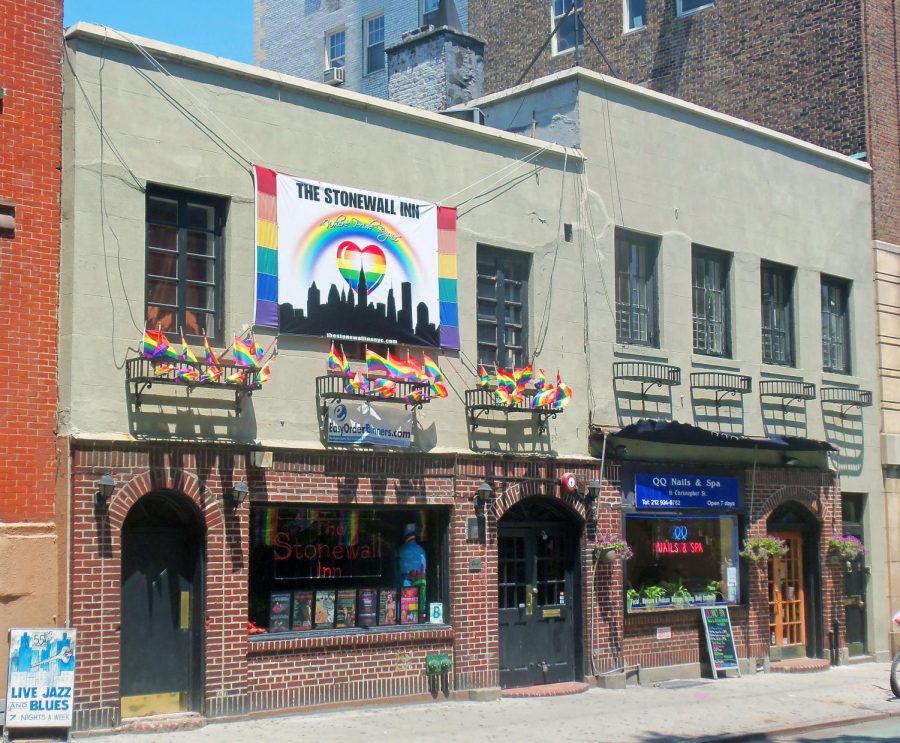 Summer of 1969, police raid the Stonewall Inn, a New York City bar that was frequented by members of the gay, lesbian and transgender communities. Three days later, eight police officers enter the bar undercover and arrested many people, singling out the employees, drag queens, and anyone dressed as the opposite sex.

This is an inspirational story about a marginalized group being abused by police and the justice system, yet the Olathe Public Schools curriculum includes no mention of the Stonewall riots or their effects on society. LGBT people are underrepresented in our history classes to the point where the marking of the fight for equality is never taught and often unheard of as a whole.

At the time, Stonewall was run by the mafia solely because they could pay off corrupt police in order to allow people to be open about who they are without fear of persecution. In 1969, it was illegal to be homosexual in 49 states, and in New York City it was illegal to have your “face painted, discolored, covered, or concealed, or [be] otherwise disguised…[while] in a road or public highway.” This law was originally created in the 19th century, however, it was later used to target people who cross-dressed as the public viewed them as “sick.”

After the police roughed up a woman dressed as a man, the scene turned into a riot. People fought back against the injustice they were facing, resisting arrest, throwing bricks at policemen and cars, causing a scene to finally be seen. The policemen barricaded themselves inside of the inn until the riot police were able to shut down the riot around 4 a.m.

The Inn reopened the next night to a large crowd of LGBT community members, but the police were intent on shutting this down. They gassed the crowd and beat some of them up as well. This didn’t stop the community from fighting for their rights, they did not riot this not instead they started using stonewall as a center of the fight for equality.

Stonewall should become a staple in U.S. history courses to promote tolerance of the LGBT community as well as show the struggles and tribulations the community faced in this time that is often overlooked by many.

Stonewall is not the only event important to the history of the LGBT community that should be covered. The first openly transgender woman in the US to undergo gender reassignment surgery, Christine Jorgenson, would be a perfect candidate to be added to history courses. Teaching students about her would bring forward a lot of interesting and beneficial topics outside of the transgender movement as well. She was one of the first gender reassignments, making this a true medical innovation.

Many may say there is not time to include such topics into the curriculum as there is only so much time in a year, however, this is not a valid argument. We spend so much time beating a dead horse, such as WWI, which is very important, however, we learn about this in modern world history extensively as well as United States History. Thus, we could spend much less time on it and take at least one day to focus on the Stonewall Riots of 1969.

The Stonewall Riots should be taught in order to promote the inclusiveness of LGBT individuals in schools and to teach about the struggles of the community and how they were overcome. There is no excuse to avoid the discussion of such a major event in our countries history.