The Disappearance of Two Spaces After a Period 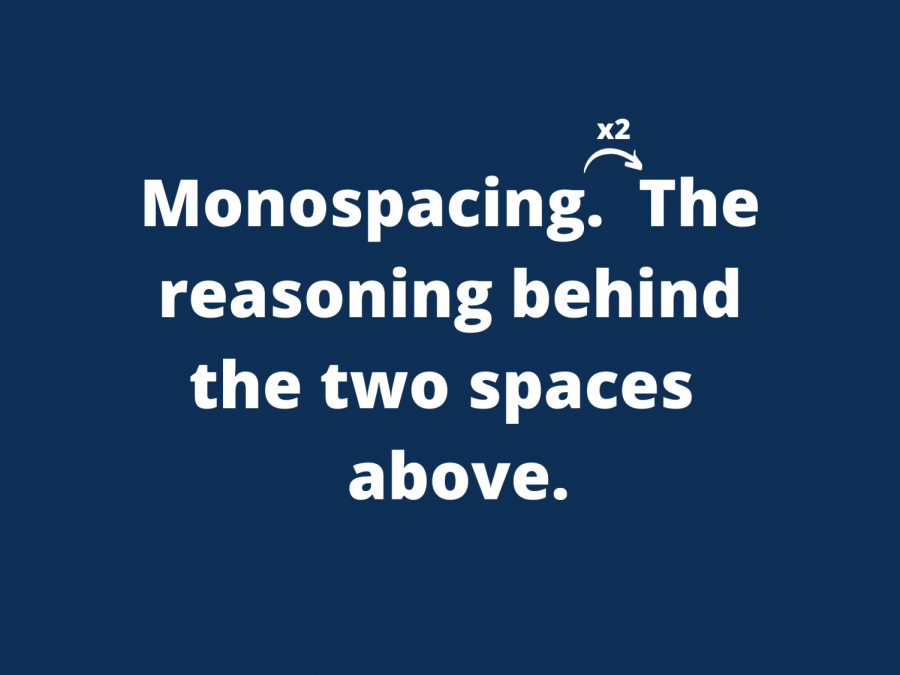 Adding two spaces after a period used to be the standard. Now it's a thing of the past.

Why is that? Let’s look for our fallen form of once fabulous punctuation and see how it gained popularity, where it came from and where it is now.

To get the full scope of this piece of punctuation, we need to travel back to the 19th century; back to a time of western expansion, the Civil War and most importantly, typewriters. The first typewriter to ever grace humanity with its presence was in the 16th century, but that was a rough prototype and meant for blind people.

There was also an oddball, quite literally, in the many prototypes of typewriters called the Hansen Writing Ball. It had a dome-like shape that would go over your paper and make the markings when you typed, like what a typewriter was made to do. It was an odd and short-lived experiment of typewriter capability at the time.

Eventually, typewriters were somewhat standardized so that you had the blocky shape of a typewriter with little modifications depending on what brand you bought.

Now, you’re probably reading this and wondering “why the history lesson about the typewriter?” And if you were here right in front of me I would respond with “good question!” But since we are separated by time and space, I will answer your question with another history lesson.

When typewriters were created, the spacing between letters horizontally was uniform so that every letter had the same amount of space between them. This is called monospacing if you were interested in the proper term. Because of this, it was confusing to tell whether there was a space after a period, so they put, not one, but two spaces. And so, people were taught to type on typewriters and two-spacing became the norm.

But even when the 20th century arrived with computer keyboards, double spacing remained standard because it had been for so long.

But why the shift to just one space?

A computer’s word processing software was able to adjust to proportionate space for each letter, so the double space after each period wasn’t required anymore. But it wasn’t just this that pushed double spacing off of its throne of sentence spacing. No, the real push was made earlier this year.

In April of this year, Microsoft Word changed its correction software to “flag double spaces as errors” An article by The Verge which might have been the final verdict in “ending the great space debate.”

It doesn’t just end there, because there are still those people, usually in their 40s by this point in known time, that have been taught and conditioned to type with a double space. My own mother had been using double spacing in her professional writing until three years ago when she learned that times have changed.

The main reason for this is that if you’re not keeping up with news you would never know. Because, and let’s be honest here, how many articles have you read lately about sentence spacing besides this one? You would simply keep double spacing after a period because it was the norm and what you were taught growing up.  Which if you look back at the start of this sentence, is it that much of a difference?

At the end of the day, it all comes down to personal preference and whether or not you are a modern-day 21st-century typer or a 20th-century dinosaur. Whatever the case, you can now live your life knowing a little bit more about punctuation and its precarious place in our society.