Satire: Election 2020: Trump vs Biden on the Real Issues 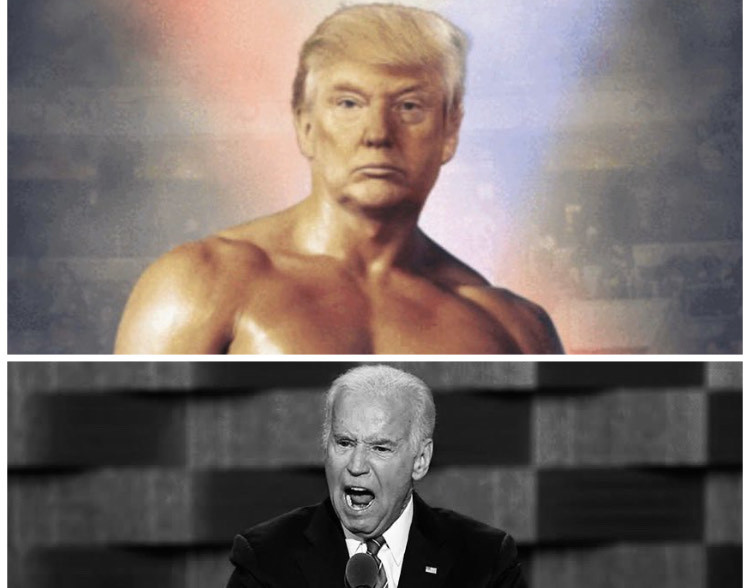 Trunp vs Biden on the real issues of this years election.

The two candidates for president this year really seemed as different as they could possibly be. So what does that mean for us as the voter? Which candidate would save us from complete and utter annihilation that is almost certainly lurking around every corner? Let’s take a look.

Trump: The President has repeatedly reassured suburban women that their beautiful middle class wonderland will not be invaded.

Outlook: We are all familiar with the tragic events of Levittown, Pennsylvania in 1957 and if you don’t want to see it happen in your community, you know who to vote for.

Trump: As anyone who’s broken free from the simulation knows, Trump is the one man in power who’s bravely crusading against these high profile, satan-worshipping, pedophile, baby-murdering shapeshifters.

Biden: Biden has called QAnon “bizarre” and “embarrassing,” so this could mean one of two things: that he either doesn’t believe in QAnon or he too likes to feast on the flesh of babes alongside Tom Hanks.

Outlook: If you are against high profile Satan-worshipping, pedophile, baby-murdering shapeshifters, you know who to vote for.

Trump: Our president has bravely pointed out that public schools hate America. For example, they frame the western expansion of the mid-1800s by saying “Manifest Destiny was a prevailing sentiment in the United States during this time,” instead of teaching their kids the real Patriotic truth, “God promised us we could have California.”

Biden: The Politician from Delaware has yet to acknowledge this as a problem. He might be a member of Antifa. Have you ever noticed that there aren’t any pictures of him and Martin Gugino at the same place at the same time. Kind of suspicious isn’t it.

Outlook: Everyone knows that seeds of communism were planted in the Soviet Union by their public school system. If you don’t want that to be us, you know who to vote for.

Trump: Once again our beautiful Adonis of a President has taken the unpopular opinion that violent drug gangs are bad, no matter what Nancy Pelosi tells you, and when he finally builds that wall they will no longer be a problem. See, cause MS-13 are essentially just a gaggle of murderous chihuahuas and it’s time we blocked the doggy door.

Biden: Sleepy Joe would like you to believe that some immigrants are simply just looking for a better life, and the process is so long and drawn out, and their situations are often so desperate that they feel they have no choice but to come into the country illegally. That sentiment is utter poppycock. If Central America was so bad, then explain to me why there are so many rags to riches stories that come out of the region, people like Joaquin Guzman, Ruben Cervantes, and Vicente Niebla, all men who pulled themselves up by their bootstraps and made a life for themselves. See, Biden knows the only reason people are coming to this country is to invade, get our children hooked on cocaine and destroy our culture. Don’t ask me where I heard this, but I have it on good authority that for every KFC that closes down and gets replaced by a Qdoba, he gets a royalty check.

Overall: If you don’t want this country to be destroyed by a gaggle of murderous chihuahuas, you know who to vote for.

Final Outlook: When you take political commercials seriously at all, you become susceptible to the idea that electing a candidate other than who the commercial was made for may lead to an apocalyptic wasteland. Please don’t take them seriously, do real sweeping research.