The Queen’s Gambit: A Watch Worthy Of Its Royal Title 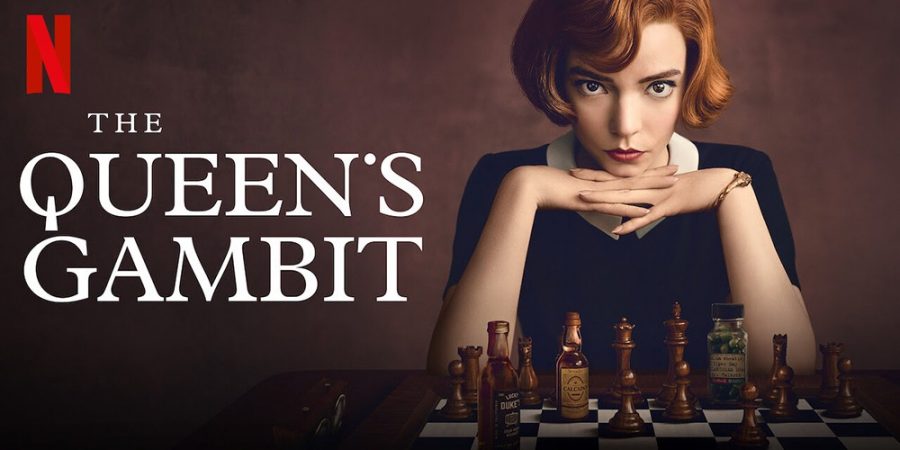 The Queen’s Gambit was released on Netflix on Oct 23, 2020, and has garnered critical acclaim for the show’s intricate production and sets, but also has spiked interest in the game of chess itself.

The show follows Beth Harmon, who is orphaned at 9 after her mother dies in a fatal car wreck. She is sent to an all-girls, Catholic orphanage where she learns to play chess with the custodian, William Shaibel. She eventually beats him at chess and goes on to become a child prodigy in the world of chess beating masters of the game as a young adult.

Throughout the show, Beth struggles with drug addiction from the tranquilizers that the orphanage gave her as a young girl, but also other things when she’s introduced to alcohol by her adoptive mother. As her chess prowess grows, so does her struggle with these addictions. As Mr. Shaibel put it, “You’ve got your gift, and you’ve got what it costs.”

For Beth, her genius at chess also comes with not only her addiction, but also a lack of understanding when it comes to societal norms as well as a loneliness that comes from her sometimes blind arrogance. She struggles to find herself outside of the world of chess and continues to grow as a human being throughout the show as well.

Anna Taylor-Joy’s portrayal of Beth Harmon was a vibrant display of emotion and character whether she was acting out a scene of complete chaos and excessive drug use, or just simply a composed look while playing an opponent at chess. Taylor-Joy’s ability to have Beth grow throughout the show into a character molded by her self destructive addictions, interactions with those in and outside of the chess world and the way she starts to carry herself with a large ego on her shoulders, is a testament to her acting.

The intricately developed set designs were able to capture the elegance of different parts of the world, the beauty of the highest level of chess playing at it’s finest. One could even interpret these elaborate scenes that become more complex as the show progresses, as a representation of Beth’s skill, popularity in the chess world and ego growing.

The beauty of the show is not only in its focus on the game of chess, but its focus on Beth’s fight against her own inner demons. Something that she realizes, later in the show, is not a fight she has to go through alone. She builds a community of friends over her years in the orphanage and in playing chess at an international level that helps her realize there is more to life than chess.

I highly recommend giving The Queen’s Gambit a watch because of the wonderful acting done by Anna Taylor-Joy, the set designs that capture the spirit of the 60s cold war era world, and the delve into deeper more serious topics such as dealing with loss and defeat.