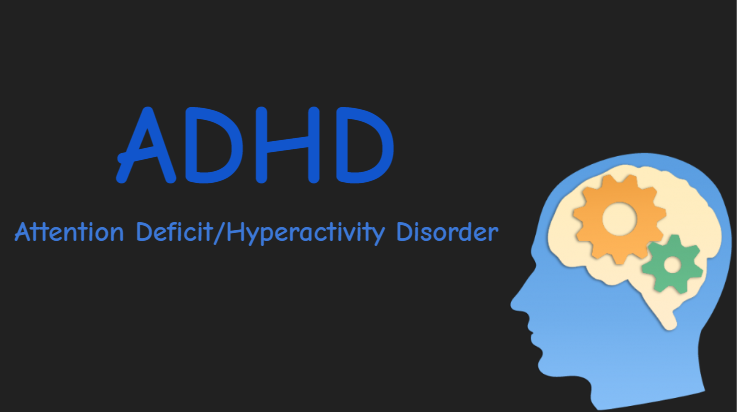 ADHD is well known among students, heres what its like to have it.

Do you ever have random thoughts when you’re in the shower? When you just think about everything in the universe? I think like that all day, causing distractions from what I should be mainly focusing on. That’s another big thing that ADHD does, it gives you distractions and other things to focus on rather than the main focus.

I was diagnosed with ADHD (Attention-Deficit/Hyperactivity Disorder) back when I was in second grade. I had to take medicine every morning, and I still do to this day. I’ve been experiencing this my whole life, so it feels natural for me, I don’t understand the concept of being “normal.”

My fifth-grade teacher didn’t believe in ADHD, so just guess how amazing that year was! My teacher didn’t really help me at all and paid more attention to the smarter students. I just grew used to it that year, he just treated me like a normal student. I actually did well in fifth grade, that’s when I did a comedy act in the talent show, and it’s when I made my first funny edited video project, which has now become a thing that I do at every chance I get to make a video for a school project.

ADHD has impacted my life quite a bit, but as I said, this is natural for me. A few things that ADHD does to me are giving me a hard time speaking, having twice the anxiety, I can’t stay still, and I tend to forget about the most important things, but remember the useless stuff. Somehow I can remember things from back when I was six.

There have been people on social media sites like Twitter and TikTok that pretend that they have mental illnesses, such as Tourettes, depression, identity disorder, and ADHD. These idiots think it’s cool to “self-diagnose” themselves with these mental disorders. “Ah yes, Tourettes, sudden unwanted movements and sounds that come out at random times and are uncontrollable, that sounds so fun and quirky!” Or, “I should pretend to have this serious mental disorder for likes!” It has gotten to a point where it’s seeming like mental illnesses aren’t real and are just a trend.

ADHD is a mental disorder that makes people have a hard time paying attention and controlling their behavior. Approximately one out of 30 people are diagnosed with ADHD, making it a 0.03% chance of being affected by it. ADHD is more common in males than females, but when females are diagnosed, they have a stronger inattentiveness than males.

ADHD is a big challenge for students when it comes to focusing in class, but a nice thing about it is that teachers check up on these students to see how they are doing, and maybe they’d help them out. Well at least that’s what teachers do for me. This is called a “504 plan.”

A 504 is a plan that schools make to help students with mental disorders. It’s legally required for schools to have a 504 for those students. 504 plans tell teachers how to treat the student. Every now and then, most of my teachers check up on me to see how I’m doing.

ADHD gives me lots of energy, which is why I take a pill every morning when I eat my breakfast. The pill helps with keeping me together and cools down my energy, and the effects wear off by the time 7th period ends. It does the job.

In my opinion, ADHD is just a huge road-block that tries to keep you from focusing. It’s a pain, but most of the time, it’s the worst thing that you can experience. Maybe it’s not terrible for other students, but for me it’s a whole mess. Mainly because of the massive amounts of anxiety that it gives me.

While ADHD may sound bad, it really does have its positives, like being very creative and bright. People also love my sense of humor, even though it’s mostly made up of puns. I tend to change my sense of humor depending on who I am talking to by identifying their mood and personality.

My ADHD makes me incredibly antisocial, but I am confident in myself that I can change that. My anti-socialness keeps me from hanging out with friends, so recently I’ve been inviting them over to hang out. My whole family is nothing but social. My mom could probably start a conversation with a clown at a haunted house! Everyone is social except for me, but I’m trying my best, and I will do my best!