Russia’s Invasion on Ukraine: A timeline and perspectives 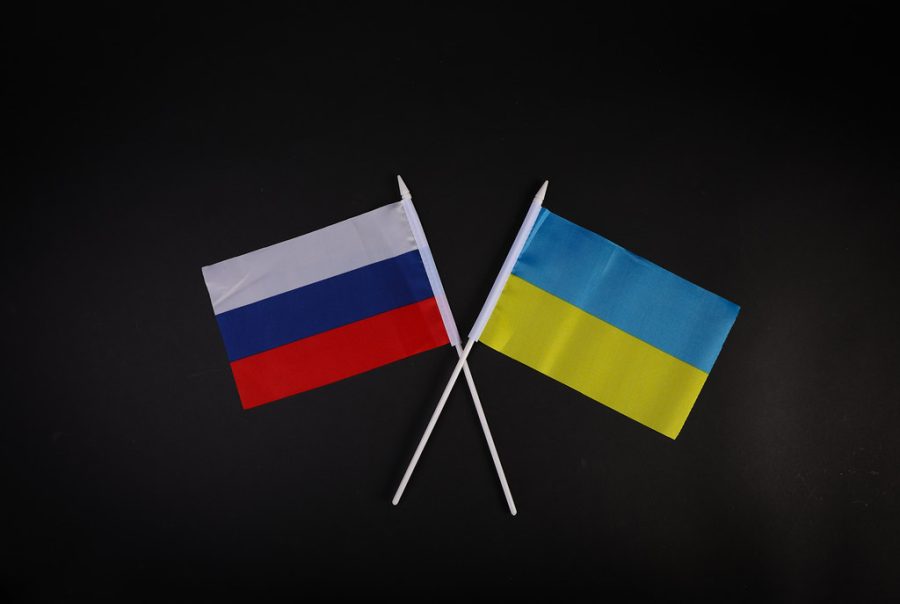 Russia and Ukraine are European countries fighting against each other in war.

When COVID-19 hit and the world fell into chaos, many joked about a possible World War III. The jokes had disappeared after COVID died down and our world regained some normalcy, but that all changed when Russia, led by Russian President Vladimir Putin, invaded Ukraine on Feb. 24.

Ukraine is the second-largest country by area in Europe,  and borders Russia to the east and northeast. After the fall of the Soviet Union, Ukraine declared independence from Moscow, the capital and largest city of Russia in 1991. Now, their president, Volodymyr Zelenskyy, is a former actor and comedian who is the sixth president of Ukraine, and was inaugurated on May 20, 2019.

Days after Putin’s actions, he launched a full scale invasion of Ukraine. Starting with Donbas, an eastern Ukrainian territory.

Ms. Singharaj, a social studies teacher at West gave her students a lesson over the events when the invasion began recently.

“I was actually a bit surprised,” Singharaj said. “Because as someone who likes history, I’ve known of Ukraine and Russia’s conflict for a while. A peer of mine has a friend in Ukraine. They said over Christmas, ‘Oh it’s fine, the media is kind of blowing it up.’ That quickly changed two months later. They were like, ‘we’re evacuating.’ I was surprised and pretty nervous because that’s a lot of change in a short amount of time.”

When the invasion officially took off on Feb. 24, US President Joe Biden began the task of freezing US assets of Russian financial institutions.

“These sanctions ensure VEB and PSB can no longer do business in the United States and are cut off from the US financial system,” the US treasury said.

Zelenskyy then declared martial law in Ukraine on Feb. 25 and cut off diplomatic ties with Russia. Putin’s actions became known to many, and the support for Ukraine started flooding in. When martial law was announced, Zelenskyy also imposed a ban for men ages 18-60 from leaving the country, and urged them to join the fight.

Videos of families being ripped apart and couples saying goodbye have circulated the internet, bringing even more support to Ukraine and disapproval of Russia’s actions..

“I’ve seen Russian soldiers even desert,” Singharaj said. “There are a lot of Russians who don’t want to be part of this war.”

Zelenskyy himself even uploaded a video to show that he had not fled his country, posting a video of himself from central Kiev, standing outside the presidency building and saying, “We’re all here. Our military is here. Citizens in society are here. We’re all here defending our independence, our country, and it will stay this way.”

On Feb. 26, Russia launched cruise missiles, a type of guided missile used against terrestrial targets, at the cities of Sumy, Poltava and Mariupol. Then Russian troops advanced towards Kiev, the capital of Ukraine, and footage released shows the moment a missile strikes a residential building in the city. Ukraine’s military claims it fought back an overnight attack on an army base in central Kiev.

“We will hopefully get to the point where we put enough sanctions on Russia,” Signharaj said. “And enough pressure where someone has to come in and tell Putin this is not good for anyone.”

On March 1, President Biden announced he stood by the Ukranians that were against the Russian President, saying Putin would be “met with a wall of strength he never anticipated or imagined.” He also banned Russian flights from using US airspace.

On March 2, the UN stated that one million people had left Ukraine. And as of March 8, the estimated number of casualties from Reuters was at least 9,100, non fatal injuries are up to 1,800, at least 170,000,0 million people displaced and at least 1,700 buildings destroyed.

New images of heartbreak and tragedy inflicted on the Ukrainian people are still being released, but within the stories of tragedy are stories of perseverance, such as a baby born in a bomb shelter, and a young couple married early during in the invasion now fighting together for freedom.

“I try to stay calm for my students and what not,” Singharaj said. “But I just told them this is technically not a world war, and it wouldn’t be unless Russia invaded Poland.”

As Ukraine battles on, news continues flooding in. But Ukraine is not backing down, and in the words of Volodymyr Zelenskyy, “As you attack, it will be our faces you see, not our backs.”