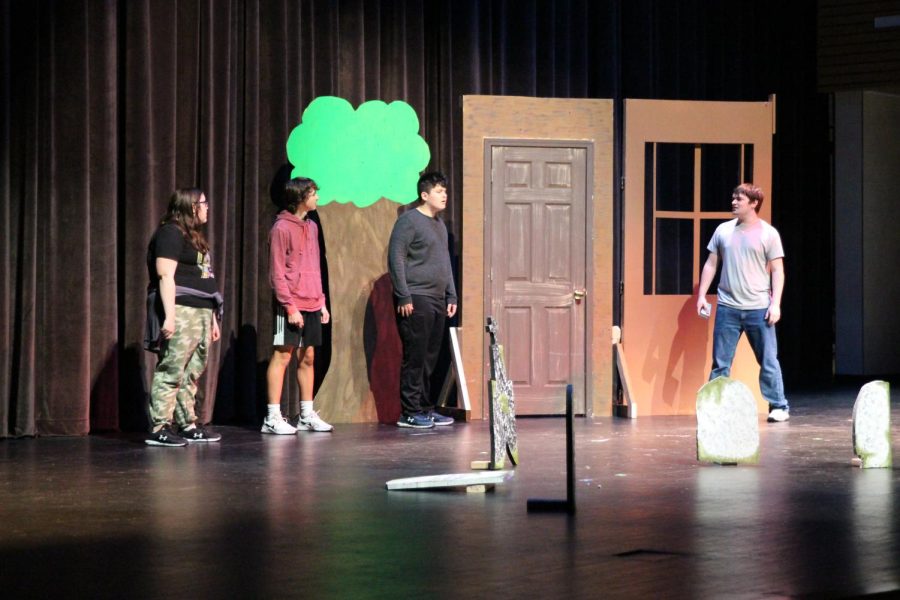 West theater and film is hosting a night filled with short plays and films this Friday, April 1 at 7 p.m. Students took two weeks to rehearse and prepare. There will be a total of four stage plays and two films back-to-back. One ticket costing $5 will give admission to all shows.

“These are what we call student-written, directed, and performed works,” theater teacher Alisha Morris said.They’re new short plays and short films that are written by students from Olathe West.”

Each production has stage play writers who wrote each story and a student director for each play who is responsible for helping and being there to guide the actors, along with the tech crew.

“Usually we do shows that have been written in the past year, but since we had COVID and haven’t been able to do this, we have a couple of shows from a couple of years ago that students wrote that we’re using now because they didn’t get a chance to do it last time,” Morris said.

This is the first year they will be adding film to the festival according to Morris.

“Last year when we did ‘We Will Rock You,’” Morris said. “It was a film musical that we did and we really liked working with film and so we wanted to keep having more film opportunities for kids going forward. It is a big part of the entertainment industry and we want to get that professionalism going through with the students.”

According to Kalista Brown, director of ‘The Troubles of Retirement,’ written by Machaiah Streckfus, it’s strange to step out of her primary position as an actor and see things from a different point of view and to be able to see and watch how other people are perceiving it is interesting and fun.