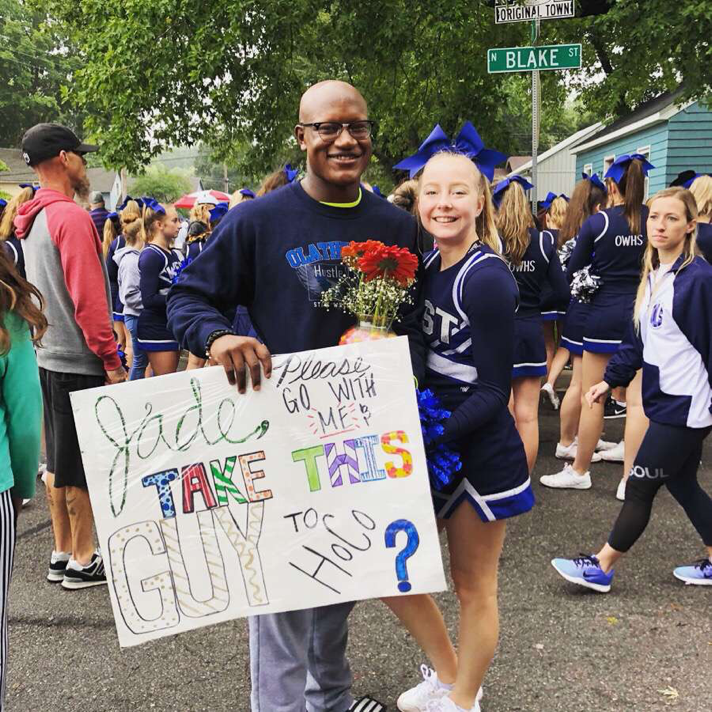 Olathe West football player and junior Guy Hosford asked his soon-to-be homecoming date, sophomore Jade Burkhart, at the Old Settlers parade on Saturday. Burkhart, a cheerleader for West, was actually part of the parade herself. Guy waited for her in the rain, where the parade ended, to surprise her with the sign.

“I had suspicion he was going to ask me,” Burkhart said. “But it was cold and rainy, and I didn’t think he would. I was totally shocked he had waited in the rain and wrapped the sign so that it wouldn’t get wet to come ask me.”

When asked if he was nervous, Guy replied, “Is that even a question? I was less nervous to play the Free State game. I was freaking out when I asked her.”