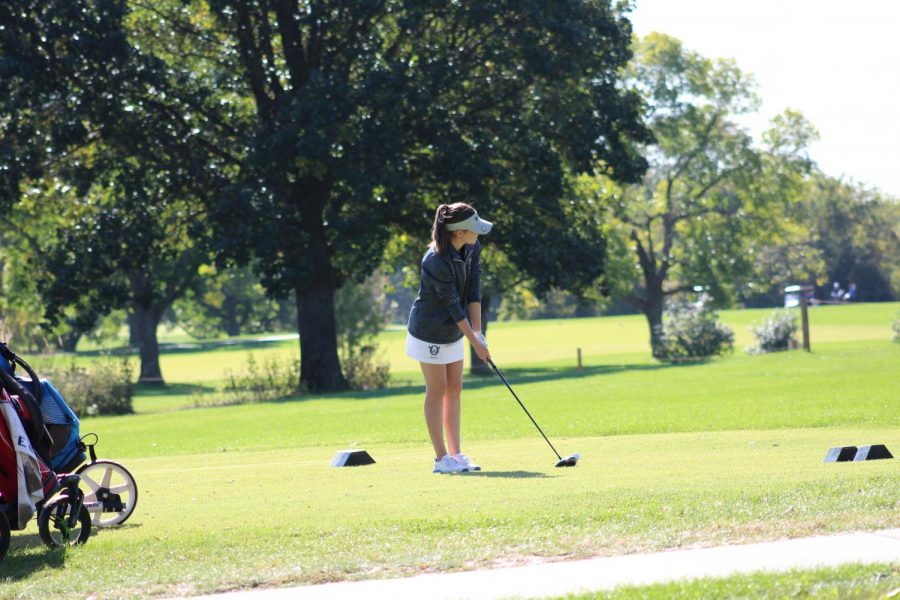 Lyons practices her swing before she tees off on the second hole of the course.

Varsity girls golf this year made it all the way to state with three qualifiers. They also ended the season with placing fourth in the sunflower league.

“We had a lot more people try out this year which was very noticeable,” sophomore Lauren Richey said. “ Really good improvement from everyone individually, with practices during the off season our scores were looking a lot better and especially our team score was 50 better than it was last year, our best was 363.”

The team also had placings at regionals hosted by Mill Valley, the team finished with a score of 419, Lyons finished fifth with her score of 93.

Richey, Bailey Basham, and Liz Lyons al got the chance to compete at the state championships this year in Hutchinson.  Richey finished with 114 and Lyons with 110. Junior Bailey Basham made it to the second day, a score of 102 the first day, and 95 on day two.