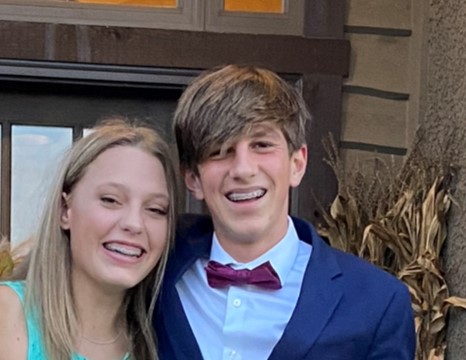 His political opinions reflect his party as well. He holds no loyalty to each particular side and therefore praises and criticizes both parties. Politicians, to him, shouldn’t be separated by party, but rather by individual policies. He holds many left-leaning stances, yet his dream candidate for this year would be Ronald Reagan.

“He did a very good job of uniting the country at the time,” Seiter said. “I think we need to get back in mind and unite again together.”

At the same time, he criticizes other Republican politicians.

“I don’t know much about Mike Pence,” Seiter said. “From what I’ve seen I don’t think he’s really a good person… so I don’t really think I might ever vote for him.”

His ideas are diverse as well. While many people vote on one matter such as abortion or gun control, he holds different positions on both sides and doesn’t favor one above the other. He believes that abortion should be lawful and that the electoral college needs amendment, which are arguments typically affiliated with the left; however, he also favors conservative economic policies and is a supporter of second amendment rights.

Seiter reports that while his ideas are diverse, the reactions he gets to his ideas are not. Both sides urge him to choose between them, even his friends and family.

“My biggest left-leaning view is on abortion,” Seiter said. Going on to say with a chuckle, “I know none of my right-leaning family and right-leaning friends agree with me there.”