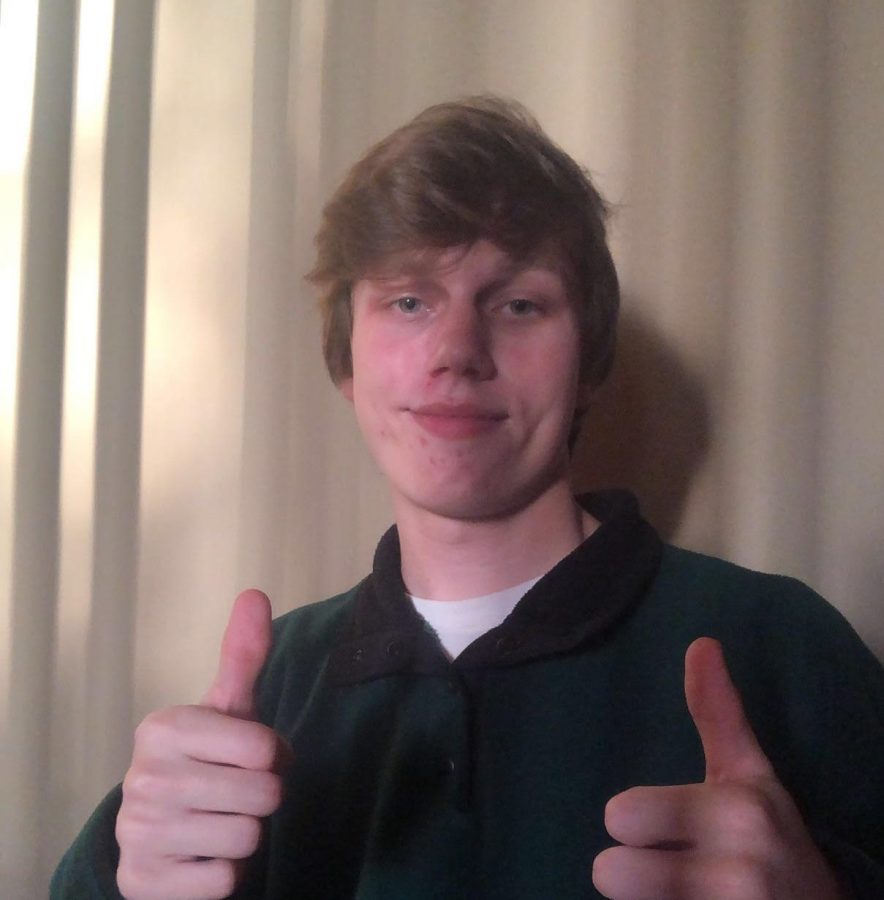 Political Party: A supporter of the Libertarian Party

Senior Charles Tyler will, for the first time, be able to vote in the next election. However, even though he’s new to the voting scene, he has been educating himself and forming his own ideas for years.

During that time, he decided to become a libertarian, which is decently rare in America.

“[Being] libertarian to me is about reducing the role of government in matters of which it’s not necessary, but enabling the federal government to be able to protect civil liberties,” Tyler said. “I’m a socialist libertarian, so I believe in socialized health care and medicare. But, for the most part, I believe that government intervention is just unneeded.”

He encourages others his age to learn, and to experiment with different ideas and political parties.

“Whether you’re 18 or even younger, your opinion matters,” Tyler said. “We saw it in the 2016 election; whether you wanted Hillary to win or not, she lost because just a few thousand people in certain swing states didn’t vote. Getting out there, being knowledgeable, and being active in supporting your candidate of choice is incredibly important because you can make a huge difference.”

How does Tyler want to make a difference? He sees large issues in our current checks and balances system. As he believes, over time the executive branch has become more powerful, which is detrimental to our democracy.

“We need to take away some power from the president,” Tyler said. “We fought to separate ourselves from a monarchy and we’re seeing that it’s what we’re becoming. We need to reestablish an equal distribution of power.”

In fact, preserving democracy is his top-priority matter. Libertarians believe democracy and peoples’ freedom is of great importance.

However, he contends that democracy is only possible with a tolerant and fair public.

“Be open-minded,” Tyler said. “You only hurt yourself by not listening to people who disagree with you. We should all be open to change and to a difference in opinion.”