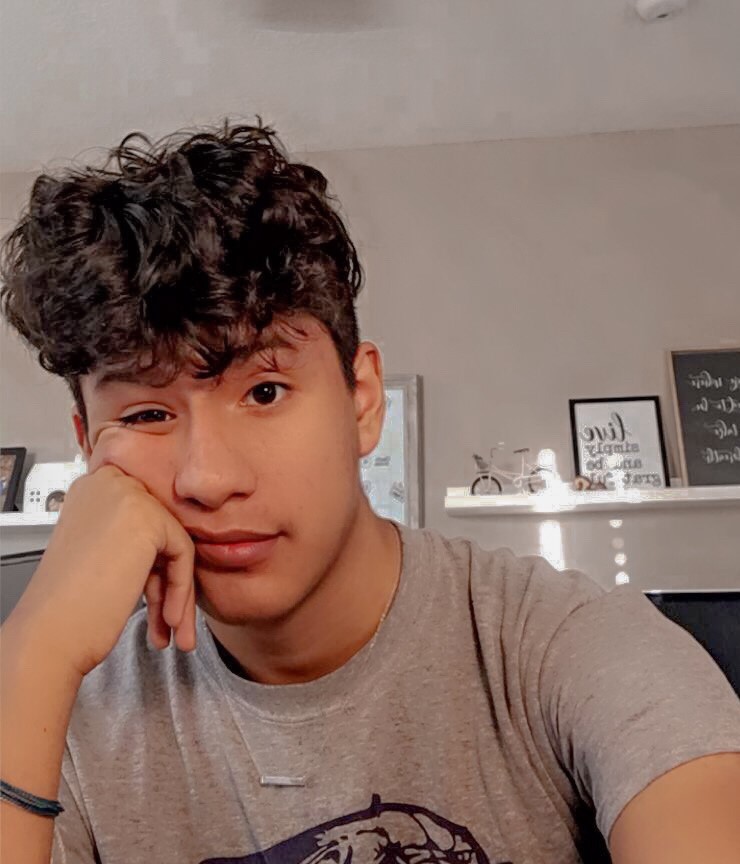 Junior David Morones is an active social media advocate, and a large part of his activism is political. He holds being knowledgeable about current events in high regard, likely because of his personal experiences. As an immigrant from Mexico, he has close ties to immigration policy. This had led to him being staunchly against Trump’s reelection.

“In the past, Trump has been openly racist,” Morones said. “He tries to keep out my fellow immigrants when this country has been founded by immigrants. He has put travel bands on Muslims and people of color, all the while he claims that he’s helping minorities,” going on to laugh, “Literally, I’m his worst nightmare; I’m an immigrant and a bisexual.”

He doesn’t find issues with racism in only the President, however. He claims that in the government there are also large issues.

“I think that there is, still to this day, some hidden white supremacy,” Morones said. “They claim that they’re helping minorities, [but] the government doesn’t help minorities even though they’re what keeps this country running. A straight, white, cis man does some things for this country, but he doesn’t do everything.”

“They get plenty of funding; I think in New York they get about 19.8 million dollars a year and not all of it is used,” Morones said. “Defunding the police doesn’t mean make them go broke, it means giving the money to other people who need it, like teachers or disabled people, or the debt that [the government] has.”

While many people disagree with his opinion, the most noticeable ones to Morones are his parents. Even they admit that he has drastically different views than them.

“This sounds egotistical, but they say that I have a ‘golden heart’, which means that I’m more compassionate than them,” Morones said. “When we talk about gay people they say the usual hateful stuff, cause that’s how they were grown.”

Morones’s mother was raised in Jalisco, and his father in Torreon, both less than a 24-hour drive from America. The culture in Mexico is remarkably different from American culture, which could have a great effect on his point of view. Even more than his personal experiences or relation to Mexican culture, Morones thinks it was his mindset that formed his political affiliation.

“I was never convinced to be a liberal, it was just something that I always aligned with. Until two years ago, I didn’t notice that my family was actually conservative,” Morones said, then laughed, “Yeah, they disagree with my opinion. They listen to preachers on the conservative side and since they don’t understand English they can’t fact-check it themselves.”

Nevertheless, his family sticks together. If it weren’t for his experiences as a bisexual person, he actually might have the same mindset as his family on LGBTQ matters.

“Now that I came out as bisexual, I definitely believe in LGBT rights; but, I will admit that before I came out I was pretty homophobic,” Morones said. “But I’m not ignorant anymore. I get to know things others don’t.”