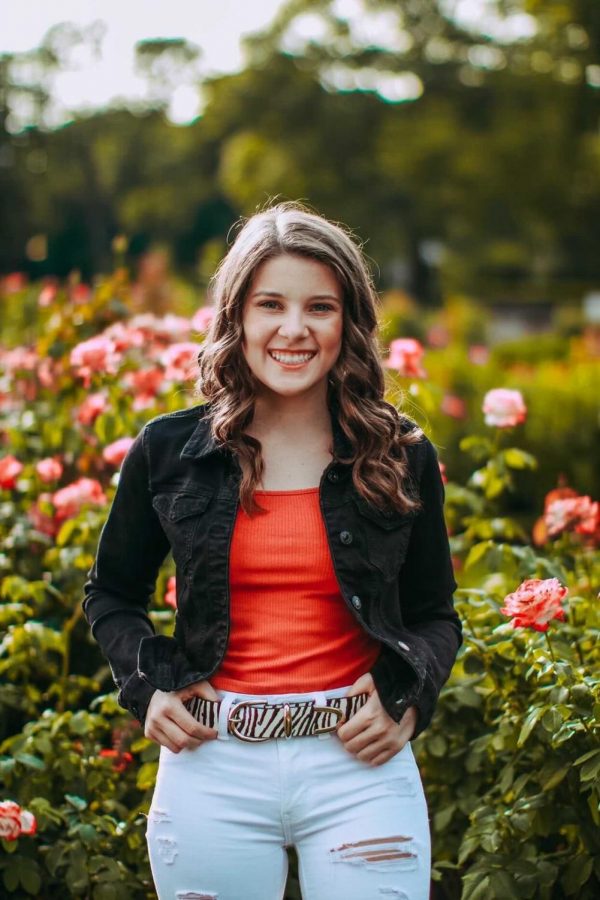 As vice president of the Student Council, senior Kylie Hoff is not unfamiliar with the world of politics. Nevertheless, Hoff hesitates to align herself with one political party.

“I think for voting, we should vote for the person rather than alignment with a party,” Hoff said.

One reason for her unwillingness to voice her political opinions may have to do with unpleasant encounters her family has had with others due to political agreements.

“My dad, we own a business,” Hoff said. “And he put a political sign [outside]. He’s been getting a lot of hate for it, and it’s not even for a presidential candidate. It’s for the City of Olathe. So I don’t speak about the people I support.”

Hoff does, however, believe in the importance of voting, calling it “one of our biggest rights as Americans. For people not to vote and then complain about the government really irritates me,” Hoff said.

Though Hoff isn’t necessarily a fan of either presidential candidate, she does admit that if she were of age, Trump would have her vote.

“I like Biden more as a person,” she stated. “But I think Trump would just do better because he’s a little bit younger and [has more experience], so I guess I’d have to say Trump which kind of sucks.”

Despite Hoff’s endorsement of Trump, she believes the current government is very corrupt.

“I think there is a lot more corruptness than what people see,” Hoff said. “And I’d like to see just a lot more transparency. Like right now, we’re seeing that Trump obviously has Covid, and they’re saying that he is doing well, but then you look at what drugs he’s being administered, those are saved for the people with the severe cases which is a little bit contradicting. So I wish the government was a little more transparent, and a little more for the people rather than the party’s needs.”

Hoff also sees some of the positive things America has to offer.

“I think America was founded on a really nice basis,” Hoff said. “I think a lot of the freedoms that we enjoy are something people take for granted, so I think that our foundation is good, but I think the way that it’s interpreted is sometimes misleading or wrong.”

“I think America needs a strong, respectable leader who can watch what they say, especially on social media,” Hoff said. “I think someone that is just strong, and represents American values.”

Hoff also shared how much she would love to see a woman as president. “I don’t think America is ready for it,” Hoff said. “But I think America needs it. I think it could really help reform our government from what it’s gone through for the past few years.”