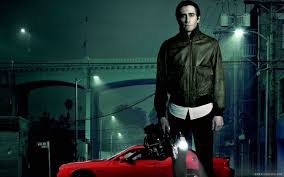 Where to Watch: Netflix

Though initially being popular, this movie has lost some popularity over the years. Jake Gyllenhaal portrays Louis Bloom, an odd burglar who survives on petty theft until he discovers a new calling: being a cameraman. However, he finds work by recording grizzly crime scenes for the local news. When crime starts going down and the station only wants more video, what will he do to secure the perfect shot?