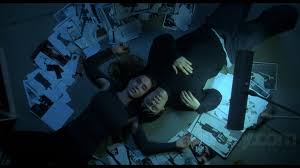 Requiem for a Dream

Where to Watch: Hulu

Before recommending this movie it must be said that Requiem for a Dream features many disturbing events and contains triggering topics.

Requiem for a Dream is a movie that will stick with you for days, and not because of its already dark plot. It follows the story of a few different protagonists, giving the story of how drugs can ruin anyone’s life, no matter your age, gender, or race. However, the script isn’t the intriguing factor as much as the cinematography is. Never before will you feel so claustrophobic when sitting on your living room couch.